The History of Wood Floors 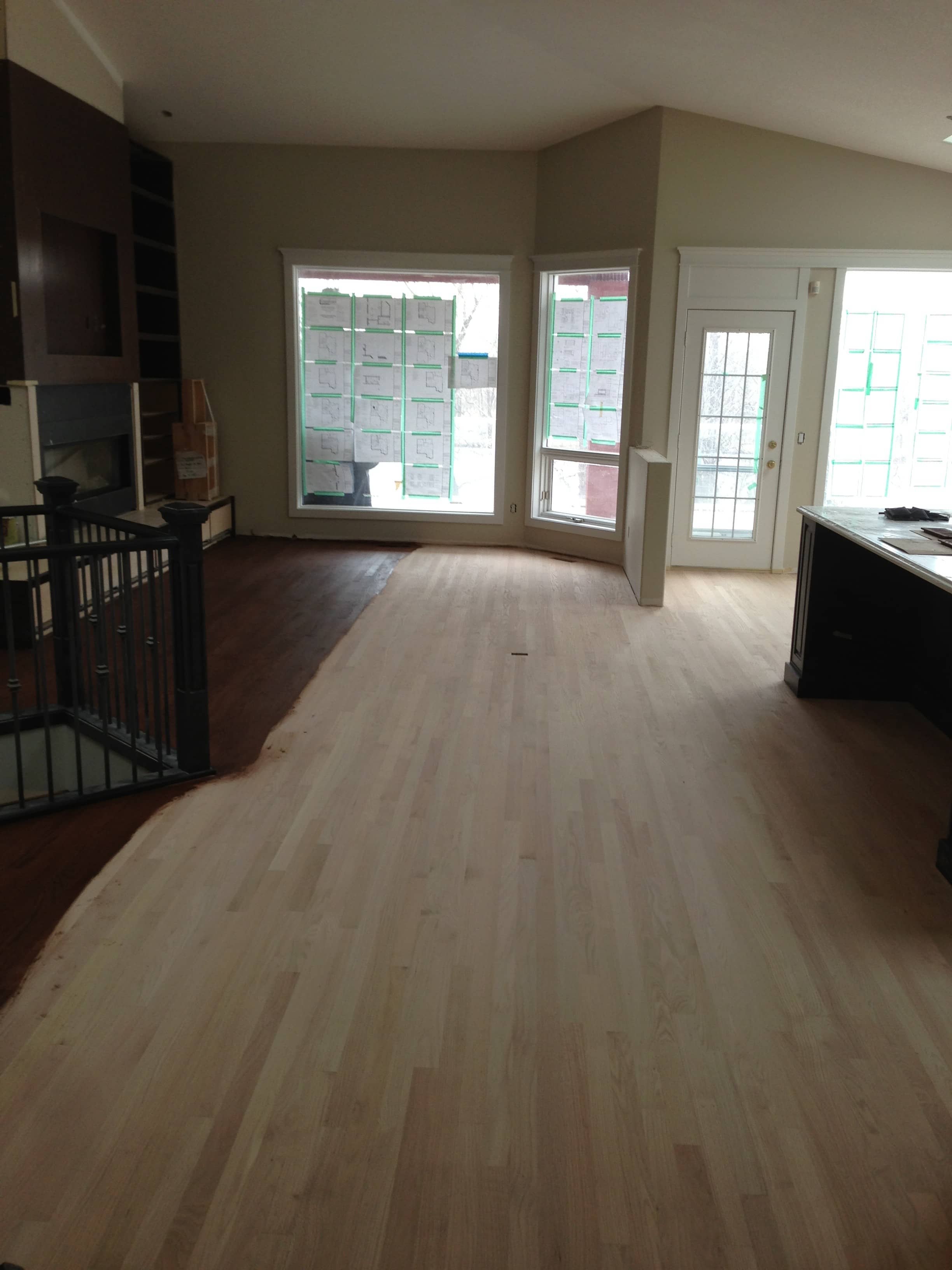 While hardwood floors might seem to be the norm in many older homes, this hasn’t always been the case. Hardwood does have quite a long history as a flooring solution, but widespread use of polished hardwood in homes may not go back quite as far as you’d think.

When one pictures the historic interiors of our continent’s earliest homes, visions of polished hardwood often come to mind. However, polished hardwood did not become common in North American homes until late in the 19th century.

Prior to that, wood was indeed used widely as a flooring material, but most homes boasted thick, sanded planks. The majority of wood used in North America’s earliest homes came from the continent’s abundant old-growth forests. The age and size of these trees meant that the most desirable heartwood was very tightly grained, which made the wood harder and more durable than the more immature wood commonly harvested today.

In Europe, wooden floors didn’t gain popularity until the Baroque Era, between 1625 and 1714. Before that, many homes boasted beaten earth floors. In more expensive homes with a second floor, these were often constructed from wooden joists and plank flooring, sometimes two feet wide, made from oak or elm.

The Advent of ‘Groove and Tongue’

During the colonization of North America, the New World’s abundant forests provided many colonial noblemen with the opportunity to upgrade the floors in their homes. Most early floors weren’t sanded or finished, but became naturally polished over time as a result of constant foot traffic.

According to WoodFloorDoctor.com, groove and tongue configurations began to appear in more expensive homes in the early 19th century. The advent of this now popular configuration gave carpenters greater ability to level planks before applying a finishing coat of paint.

By the turn of the 20th century wooden tongue and groove floors were the most popular domestic option, but, by the 1920s, the creation of linoleum and cork flooring began to offer stiff competition. Until the early 1950s, wall-to-wall carpet was still incredibly expensive, but the close of World War II brought a drastic change to the wood floor industry.

Housing loans for returning veterans included broadloom costs, and although finished hardwood was still being laid in most new homes during the post-war housing boom, most were promptly covered with newly affordable interior carpet. Many traditional hardwood-flooring companies were forced to begin offering carpet installation services just to stay afloat.

After the conclusion of the war, hardwood-flooring companies suffered a costly 30-year drought. Only in the early 1990s, with the invention of engineered hardwood, did the industry really begin to resurrect itself. Although engineered options are widely seen as an inferior product, many homeowners have begun to rediscover the beauty and benefits of solid hardwood during the last twenty years.

At Smith Bros, we have been offering a variety of hardwood flooring options for more than 100 years. We have seen many changes in our industry, but the ability to meet our client’s needs is one of the biggest reasons we’ve been able to remain successful. If you’re interested in exploring your options for installing hardwood floors in your home, please give us a call at 403-917-0847 today!